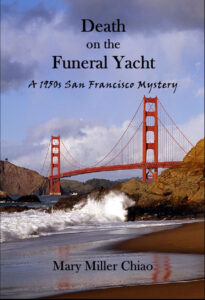 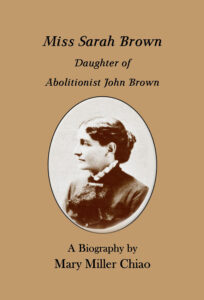 Jane Kitteridge dreams of being an attorney in San Francisco during the 1950s. She puts herself through school, graduates close to the top of her law class, and easily passes the bar. But positions are few for women in the male-dominated legal field. With her savings depleted, she has no choice but to take a position as secretary to flamboyant attorney, Jay Lucas.

In 1959, he falls to his death from the deck of The Dearly Departed while dispersing the ashes of his lover into the Bay. Was it an accident?

In 1859, Abolitionist John Brown was hanged for his attempt to seize the Federal Arsenal at Harpers Ferry. Sarah Brown was thirteen years old at the time, living with her family in North Elba, New York. With the assistance of her father’s abolitionist supporters, she was sent to be educated at Concord, Massachusetts, the seat of the Transcendental Movement in America. She lived first at the home of Ralph Waldo Emerson and later with the family of Louisa May Alcott. She often met Nathaniel Hawthorne and Henry Thoreau in her walks through the area. Later she attended Fort Edward Institute in New York where she discovered her love for art.

In 1863, Sarah, her mother, and other family members joined a wagon train to the West. They eventually settled in the small mountain town of Saratoga, California.

Sarah Brown was a gifted artist, valued member of the community, and a supporter for Asian issues at a time when prejudice was rampant.